Management of Tirrihannah Tea Estate in Naxalbari block announced suspension of work in the main division of the garden yesterday, following the confinement and assault of the managerial staff by some labourers last evening.

The regular activities were, however, normal in Jabra and Mohanlal, the two other divisions of the estate.

A notice issued on behalf of the manager, Amlan Kusum Garai, said because of the attack on him and some other managerial staff by guard Ramesh Biswakarma and worker Mehmood Ansari, along with others, suspension of work had been announced in the main division.

Biswanath Ghosh, the factory manager of the garden, has filed a complaint at Bagdogra police station, naming Biswakarma, who is a leader of the Trinamul-backed Darjeeling Zilla Tea Employees' and Workers' Union.

On December 8, the management had closed down the garden, alleging lawlessness following delay in wage. The garden reopened on February 7.

"Biswakarma had led protests and demonstrations in December also. There were complaints against him that he was not doing the duty properly. Yesterday, the management decided to take disciplinary action against him by dismissing him from job. This led to tension and eventually, the manager and some others were assaulted," a source said.

Garai and two other assistant managers, who have suffered injuries, are under treatment at a private nursing home in Siliguri.

"He is an active member of Trinamul's trade union and created nuisance in the manager's office yesterday. He confined the manager and some other staff members and assaulted them. It is unfortunate that when the chief minister was announcing welfare schemes for tribal people and tea garden workers, her party members are creating situations that force management to take harsh decisions," Ghosh said.

"When the management decided to reopen the garden in February, it was decided that no steps would be taken against any worker. But the management dismissed Biswakarma, following which our supporters went to the manager's office yesterday to resolve the issue amicably. But some miscreants created problems," Ghosh said.

He denied the involvement of Biswakarma in the attack.

The estate is 25km from Siliguri.

R.A. Sharma, the secretary of the Dooars branch of the Tea Association of India, of which Tirrihannah is a member, said: "Workers might have grievances. But assaulting the manager and other staff is something which is completely undesirable. Such attacks send wrong messages. We hope workers and trade union leaders will play a responsible role to avert such incidents in future." 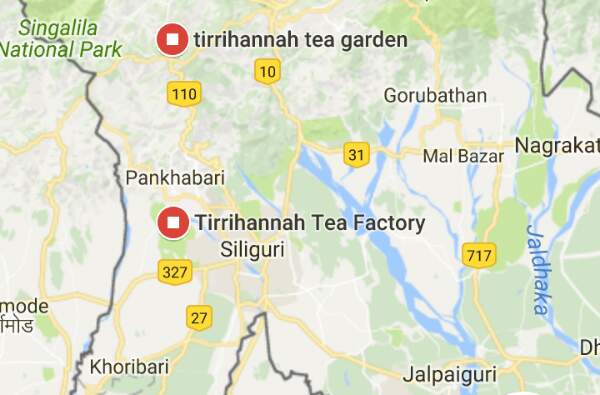