Shocking - Woman from Pakyong in Sikkim Duped by Facebook Friend of Rs. 20 Lakhs

Sikkim Police has reported that a woman from Pakyong has been duped of Rs. 20 Lakhs by a 'FRIEND' she had made on facebook. The victim had established friendship with one Louis Lucas of London in the year 2015 who subsequently assured her working visa for United Kingdom as the victim wanted to go there to work.

In order to obtain the visa, the alleged person had reportedly asked the victim to deposit money as fees in several instalments into various accounts which were in names of different persons. The unsuspecting victim trusted her online friend and deposited around 20 Lakhs in the bank accounts provided to her. Since many months had passed, the victim was not provided with the working visa she was promised, she requested the alleged person for a refund but he refused to do so and stopped taking her calls and became incommunicado thereafter.

A complaint has been received at CID Police Station, Gangtok where a case of cheating and criminal conspiracy has been registered and is under investigation. 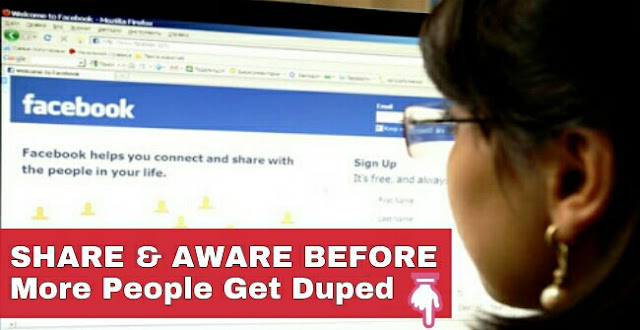