People in the Mainaguri area poured petrol on two policemen, assaulted three firemen and ransacked a fire brigade vehicle yesterday morning, accusing the law enforcers of coming late to rescue a youth buried alive under coal after an accident.

Raju Roy, 21, was buried alive under coal and a portion of a truck when the vehicle crashed into his hut along NH31D and fell aside in the Sahidgarh area around 2.30am today, sources said.

As a police team reached the spot, they found some people were trying to set the truck on fire. While some policemen went to dissuade them, a few sprinkled petrol on the police driver and an assistant sub-inspector who were sitting inside the vehicle, said a source.

Local people alleged that Roy had died because of inaction by the police and the firemen. "Police and the firemen arrived around two hours after we had informed them about the incident. If they had come earlier, the youth could have been saved. It is due to their delay that Roy died," a local resident said.

Ranjit Roy Laskar, an official of the fire services department, said: "Our landline was out of order and so, we did not receive the call in time. We learnt about the accident later from the police."

Roy's body was brought out of the debris by the police and the firemen and was sent for post-mortem. "Police are patrolling the area and the situation is under control. We are in search of the truck's driver," said Amitabha Maiti, the superintendent of police of Jalpaiguri. 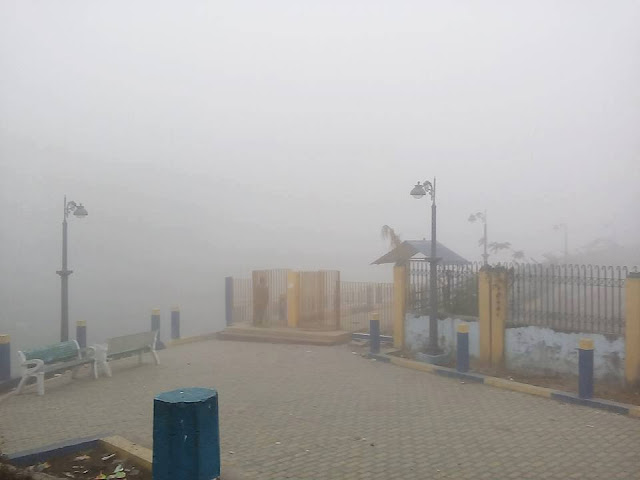