It is not a trafficking case but the children were exposed to vulnerability as they were alone. One of them has grandparents in Sikkim so all the three left to celebrate birthday in Sikkim.

Today one of their own relatives in Sikkim saw the missing post in the net and informed their parents that the children are in Sikkim.

Mr. Rajiv Sangpang who is a member of Drivers Against Trafficking Club Kalimpong  and President of Mahasang in Kalimpong accompanied the parents this morning.

Morning he had called MARG office and had updated us too. We were shocked that the Police Officer did not write the FIR even though all three were minors and they had gone missing for few days. We informed them to visit the Police Station and lodge the FIR first and call us again.

It was then they had got  information that the children were in Sikkim. Mr. Rajiv Sangpang used his contacts and got to know from one of the syndicate in Sikkim that one of the drivers had seen three children and one was holding a cake.

We at MARG are happy that the children are back home with their parents. MARG also salutes Mr. Rajiv Sampang who is a DAT (Drivers Against Trafficking Club) member who volunteered to accompany the parents to the Police Station and finally to Sikkim to bring them back. 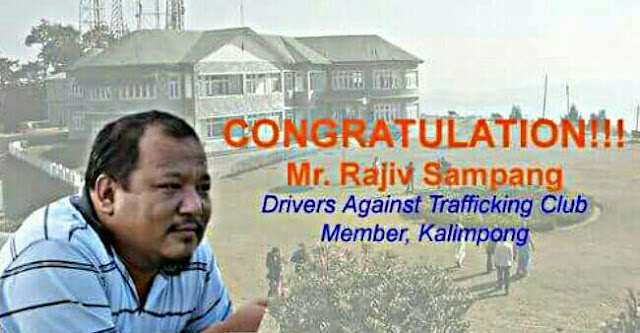