A fisherman from a Mumbai slum posed as a model on Facebook to lure a 17-year-old girl. A 49-year-old trader from Defence Colony masqueraded as a wealthy businessman in his mid 20s to bait a teenage girl.

These are just a few complaints that the Delhi Police received from the police forces of the northeastern states over the last few months alleging that minor girls mostly in their teens fled their homes to meet their Facebook “friends” in Delhi.

Over the last three months, police have rescued 11 girls, all of them aged below 18. The girls were lured by traffickers on Facebook.

These traffickers, mostly middle aged men, posed as models and befriended teenage girls on Facebook. They chatted with these girls for months to win their confidence and later switched to WhatsApp. Police also found that the traffickers sponsored the girls’ flight or train tickets so that coming to Delhi or cities via Delhi wasn’t a problem.

Two weeks ago, a 17-year-old girl from Nagaland was rescued from the Dimapur airport in Nagaland while boarding a flight to New Delhi. A man, whom police have identified and believe to be a kingpin in a human trafficking chain, had funded her ticket. He had befriended the teenager on Facebook and started a long distance relationship with her. He had told the teenager that a job was awaiting her in Delhi and that he would marry her. The Nagaland police discovered that the man was in touch with at least seven girls from Nagaland.

Last month, a 16-year-old girl from Jorhat in Assam was rescued while on her way to Chandigarh from Delhi. The teenager, an eight standard student, was conned by a 45-year-old Chandigarh-based shopkeeper on Facebook and made to believe that she was chatting with a 25-year-old BPO executive.

Rishikant, who runs NGO Shakti Vahini and has rescued hundreds of minor girls over the last few years, said, “Use social media by traffickers is a dangerous trend. In the last two weeks, we have come across so many cases from Jharkhand and West Bengal. The recent rescue of the girl at Dimapur airport is an eye-opener. The trafficker had also sponsored the ticket. These traffickers don’t even have to leave their homes. They are trafficking girls by simply using their computer.”

Nodal officer for the northeastern residents in Delhi and joint commissioner of police Robin Hibu said, “There has been a rise in cases of minor girls being lured on Facebook. We have rescued 11 girls with the help of police from other states. It is just the tip of the iceberg. I advise everyone to be careful on social media and be friends with only people that they know.”

Police sources said that in most cases, minor girls who end up with traffickers are forced into prostitution. A woman, who worked as an escort and whose headless body was found in a sewer in south Delhi’s Munirka last year, was also tricked on Facebook and brought to Delhi. Investigation revealed that she had become Facebook friends with one of the men who ran the escort agency and was lured to Delhi on pretext of a job offer.

Recently, the Delhi Police started a campaign to educate schoolchildren especially girls about the perils of befriending strangers on social media. The police teams visited over 700 schools advising teenagers not to befriend any unknown persons on Facebook. 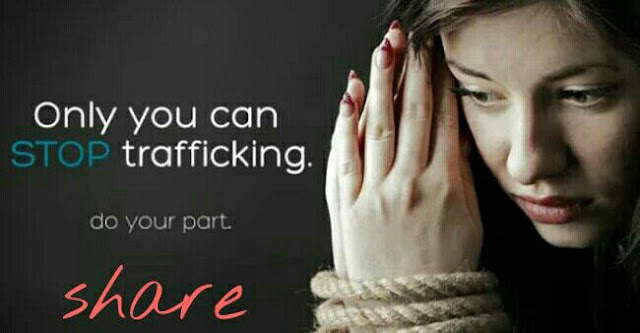