A victim of human trafficking has been rescued by Steps from Kumlai Tea Garden under Jalpaiguri district. Later she was handed over to Malbazar Police Station in Dooars.

The victim is an 18 year old girl who had been trafficked last week by a professional trafficker named Suraj Sunar  from Naktai Tea Garden. Suraj intentions was to sell her off to prospective buyers but immediate action helped in rescue. 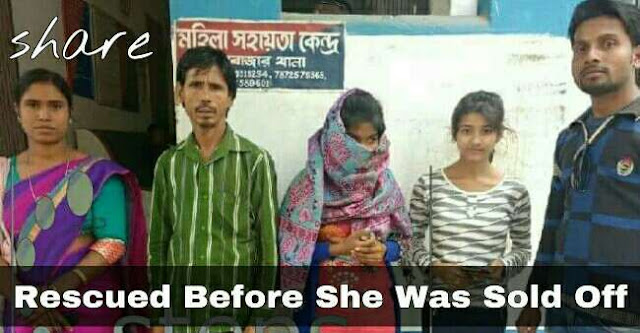