Over a thousand Naga tribals have set fire to the Kohima Municipal Council office and the office of the Directorate of Transport to protest against Chief Minister TR Zeliang's refusal to meet their ultimatum: resign by 4 pm. As night fell on Nagaland's capital city, tension was high as mobs went on a rampage, burning and vandalising government property and cars. The Central paramilitary forces have been deployed at the New Secretariat building.

Since 10 am, thousands of protesters gathered at the old MLA Hostel road at the heart of the town carrying the bodies of the two people who were killed in police firing on Tuesday night in Dimapur. The police had allegedly opened fire to stop a mob from throwing stones at the house of the Chief Minister.

The protesters want 33% reservation for women in civic polls to be rolled back. They believe it is a violation of the right granted to Naga tribals as per the Constitution's article 371(A).

The protestors, all members of Naga tribal groups, want the Chief Minister and his cabinet to resign. They want the Governor to come and talk to them, but PB Acharya was in Itanagar this afternoon. The protesters also want the suspension of all policemen involved in the firing at Dimapur on Tuesday. 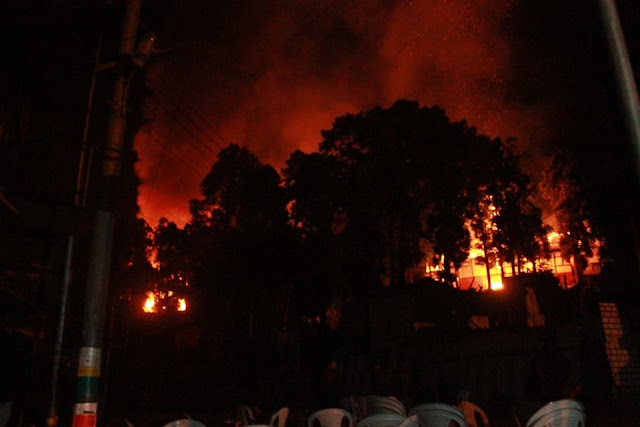