The 1200 MW Teesta Stage III Power Project for the State of Sikkim has been commissioned from today. This landmark announcement was made by Chief Minister Pawan Chamling in a press conference held at Samman Bhawan this evening.

“We are no more a consumer state, we have moved on to being a producer state,” he stated. Sikkim has always moved forward into pro-growth development and the basic focus has always been qualitative development he stressed. This historic day will make our state self reliant in power as well as revenue generation.

The Chief Minister also said that Sikkim started on the industrial revolution late but it has still forged its way forward and from the beginning the focus has always been on the power sector. In such a short span of time of 35 years, this Hydro Electric Project will belong to Sikkim 100%. Private Developer Teesta Urja is the company commissioned to run the project for a lease period of 35 years on public private partnership model.

This is the second largest Hydel Power Project to be commissioned in the country.  The total project cost stands at Rs. 13,965 Crore which includes hard cost component of Rs. 7695 Crore and soft cost component of Rs. 6270 Crore.  He further informed that for the first 15 years the project would ensure 12% power free to the State and 15% from 16th year onwards. The Chief Minister also informed that from 6th August 2015 onwards, the equity shared of the State was enhanced from the existing 26% to 51%, which meant that the state held a bulk of the share. It is also one of the best investigated projects in India in terms of site investigation and hydrology. The Chief Minister while giving a background of the stages involved informed that the State III Project was handed over to Teesta Urja Pvt Ltd on 18th July 2005 on BOOT (Build Own Operate & Transfer) basis.  The Chief Minister termed the day as historic.  The Press Conference was also graced by Minister for Power Shri D.D. Bhutia, Minister RM&DD Mr S.B. Subedi, Principal Secretary Industries Department cum Chairman Teesta Urja Ltd Mr Arvind Kumar, and senior officers of Power Department 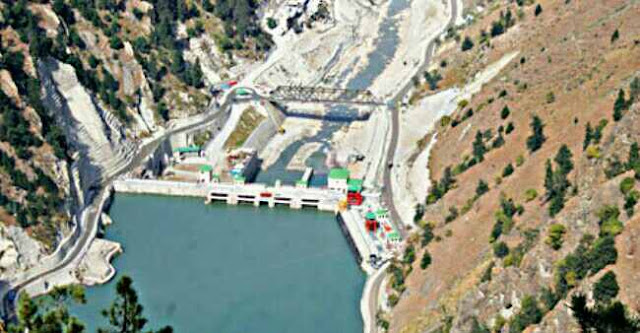