Finally Kalimpong to become a district this Valentines Day

The administration team visited Delo Tourist Lodge where the chief minister will stay from 13 February to probably 16 February.

Meanwhile Kalimpong Mela ground situated in the heart of the town will witness the historic day on 14 February where Kalimpong will be officially declared a district.

Kalimpong's district magistrate superintendent of police along with other officers will assume their office in the existing SDO and ASP office of the town.

The team after visiting Delo came to Mela Ground where the main programme will be held on 14 February.

When asked about the chief minister's visit Mr Srivastav said Miss Banerjee will arrive on 13 February and will return on 16 February.

He said temporary arrangements have been made and the change in offices has been made ready 'more or less'.

Meanwhile Darjeeling superintendent of police Amit P Jawalgi said, "We have sent a proposal of manpower, vehicles and other for sanction. A proper district police unit will start from 14 February. SNS 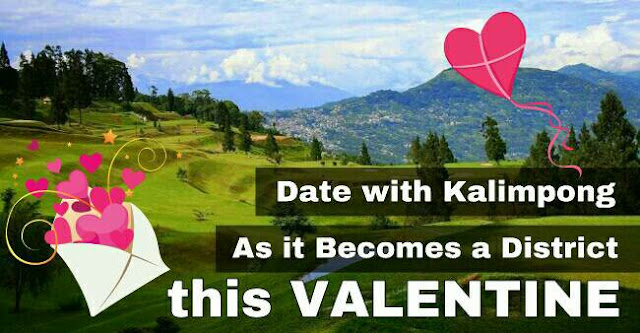