Nilayam Sampang and Divyanjali Sharma from Hills made us proud by winning Gold and Silver medals with their excellent performances. The championship was held between 9 to 11th February.

West Bengal Taekwondo team was lead by Coach Rajendra Tamang. He informed the Press that the event was participated by players from nations like Bhutan, Bangladesh, SouthKorea, Hongkong, Indonesia, India and Nepal.

CONGRATS to our daughters!! 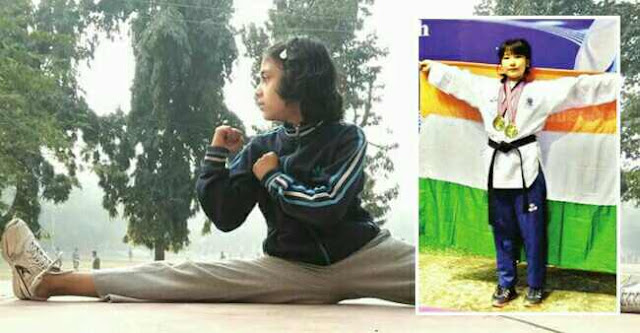 Dream Fencing Club said…
I'm truly glad to state it's an intriguing post to pursue . I take in new information from your article , you are doing an extraordinary job.Kids Fencing London
20 January 2021 at 20:40

Dream Fencing Club said…
Great job for publishing such a nice article. Your article isn’t only useful but it is additionally really informative. Thank you because you have been willing to share information with us. fencing sport for kids
26 February 2021 at 16:31

Dream Fencing Club said…
I read your post and got it quite informative. I couldn't find any knowledge on this matter prior to. I would like to thanks for sharing this article here. Children Fencing London
3 March 2021 at 16:34

Shaan Saar Krav Maga said…
This is excellent information which is shared by you. This information is meaningful and magnificent for us to increase our knowledge about it. Keep sharing this kind of information. Thank you. Read more info about private self defense classes near me
14 July 2021 at 10:04

hembert said…
Thanks for shared that blog with us. If anyone here searching Katana Sword India then visit Hembert.

It was such a good post. Visit Fencing London. Thanks for sharing.