As per sources a bus named Suvadeep bearing number WB57 B5596 heading to Kolkata from Siliguri caught fire near Bidhan Nagar yesterday evening.

Later fire brigade reached the spot and drowsed the flames. One dead body has been recovered from the charred bus and it's said to be of the helper. Sources say fire started from the bus engine but we cannot confirm that as of now.

Update : Approx a dozen passengers were injured while evacuating the bus which had caught fire suddenly. 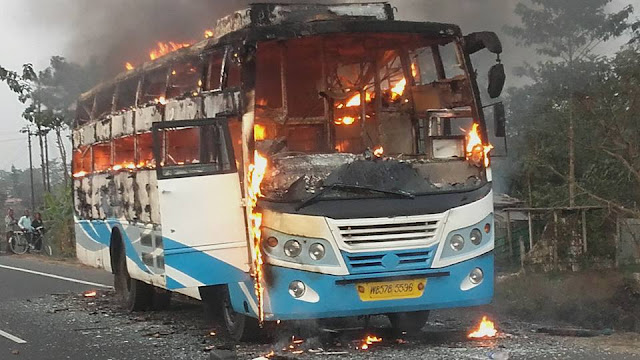