Veteran actor Danny Denzongpa runs out of luck with Mumbai RTO flying squad for being driven in Mumbai with a Sikkim number plate; is forced to cough up hefty road tax and fine -- Rs 29 lakh -- to release the impounded SUV

This was one non-tax payment that cost actor Danny Denzongpa dear. After his Range Rover was spotted by RTO officers being driven in Mumbai with a Sikkim registration, the actor was slapped with a Rs 29 lakh fine for not paying the Maharashtra road tax. It was only after he coughed up the amount that the car was released yesterday from the Andheri RTO office.

Vishwambhar Shinde, assistant regional transport officer, Andheri, told mid-day, “We have a flying squad that keeps an eye out for vehicles carrying registration from other states. On February 13, we found Danny’s car with a Sikkim number plate. When he was unable to produce a receipt of the Maharashtra road tax payment, we took over his Range Rover and kept it at the Andheri office. His driver arrived yesterday and paid the quoted amount, following which the car was released.”

According to the rule, the Maharahstra government charges 20 per cent of the actual value of an imported car as road tax.

In India, Maharashtra is one of the states to levy the highest road tax on imported cars, luring owners to have their high-end vehicles registered in states like Sikkim, Haryana, Jharkhand and Chhattisgarh, and drive them into Maharashtra.

Shinde added, “Some dealers misguide customers, telling them they will work around the rule and have the vehicle registered in another state. But this is illegal.”

The actor chose not to respond to mid-day’s query despite repeated attempts. 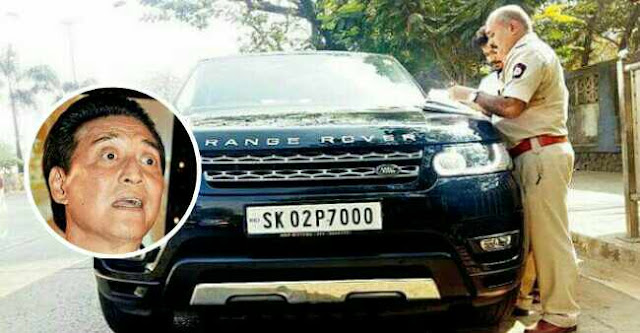