This is the third time that the photo of a tiger has been clicked in the park in the past one month. Foresters have said all the three photos are of different tigers.

The tiger that was caught in the camera trap yesterday is suspected to be a female, said a source.

The foresters said, at 5.36am yesterday, the female tiger's photo was clicked by a camera trap in the Choudaferi area of the park.

On January 19, Harka Bahadur Chhetri, a cab driver, had clicked the photo of the first tiger near Pedong, located on the peripheries of Neora Valley. Following this, the foresters installed camera traps at different locations in Neora Valley.

On January 23, the image of the second tiger was captured by the camera trap in the stretch between Algara and Lava. After the sighting, four more cameras were installed. 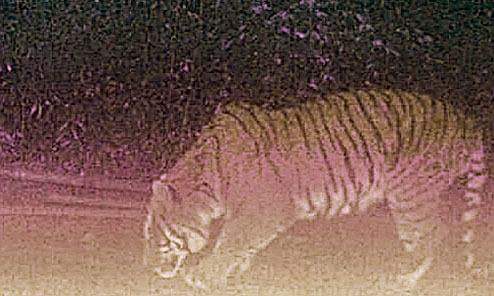