Nepal - A 27-year-old woman who sustained burn injuries during an acid attack that took place on Sunday night at Rupandehi succumbed to injuries on Monday.

Sapkota and her beau, Sunil Koirala, 28, of Naubise, Dhading, were staying at Butwal Sub-metropolitan-6, Rupandehi-based Meridian Hotel when the latter, allegedly, lost his temper after Sapkota declined his marriage proposal prompting him to pour acid on her at around 12:30am yesterday night, informed Butwal Area Police Office DSP Mukunda Marasini.

According to the police, Sapkota along with her aunt, Devi Kharel, 40, had come to Rupandehi to meet Koirala.

The police have taken Koirala and the victim’s aunt into custody and further investigation into the case is underway. 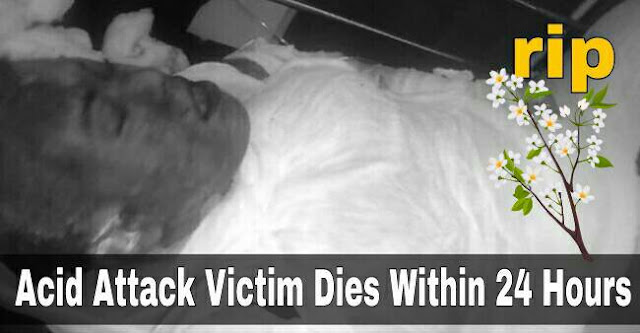 Liyathabara said…
I am attracted by the info which you have provided in the above post. It is genuinely good and beneficial info for us. Continue posting, Thank you. marriage proposals sri lanka
22 April 2021 at 00:46