Seven people including four militants, two army men and one civilian was killed, while three Army personnel were injured in an encounter in Kulgam district of south Kashmir.

The encounter started around 11pm on Saturday in Nagbal Frisal area of Kulgam, around 70 kms from Srinagar, when teams of police, army and CRPF, acting on a tip off cordoned the area and started search operation. The exchange of fire continued till 10am on Sunday.

Another police official added that three army men were also injured at the encounter site. Srinagar based defense spokesperson, also confirmed the death toll and claimed that four weapons were recovered from the spot.

According to reports the Hizb-ul-Mujahideen militants killed at the encounter site were locals and police is expecting huge funeral processions. There are contradicting reports pouring in regarding identify of the militants associated with Hizb ul Mujahideen and Lashkar-e-Toiba. As of now two militants have been identified as Mudasir Ahmad Tantary of Redwani, Farooq Ahmad Dar of Aero Kulgam. The civilian killed has been identified as Adil Reshi, in whose house encounter took place. The two army men killed were identified as Lance Naiks, Raghubeer Singh and Bhadoriya Gopal of 1 RR.

Locals have gathered at the encounter site and police and paramilitary forces have resorted to tear smoke shelling to disperse the crowd, during which several civilians were injured.

The killing Hizb ul Mujahideen commander Burhan Wani along with his two colleagues on July 8, last year, triggered massive civilian protests across the Valley, which police officials claims created another situation for youth to join militant ranks. Many youngsters started to snatch weapons from the police officials to manage a quick entry.

Since July, last year, 59 locals have joined militant ranks and more than 60 weapons have been snatched. The counter militancy operations had completed stopped during five months of street protests, but resumed and are continuing at fast pace, as protests subsided since November last year.

J&K chief minister Mehbooba Mufti has urged J&K police to persuade local militants for surrender and manage their reentry into mainstream of development. Police claims that they were successful in persuading few militants for surrender. However the militants alleged that the government was harassing their families under the garb of surrender policy. Local Hizb-ul-Mujahideen militant, Zakir, in a video message, warned police of dire consequences, if latter continue to harass families of militants. 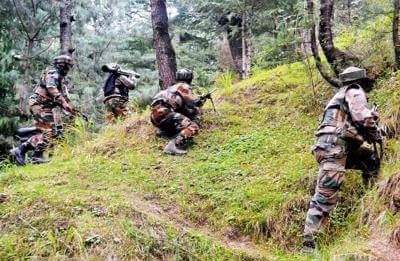