A drunk driver driving a WagonR hits several people near petrol pump at Kurseong town today evening at around 6pm.

As per sources a woman constable who had come from Dinajpur area of West Bengal for CM Mamata Banerjee's duty died on spot. Another person who was hit succumbed to injuries on way to hospital.

Some people injured have been taken to hospital. The vehicle has been seized by police and the driver has been arrested.

The dead police officer's name is Prameshwar Saha and was from North Dinajpur.

The car was out of control as the driver was drunk. The car's owner is a resident of Fatak Dara, Kurseong and was not driving the car. 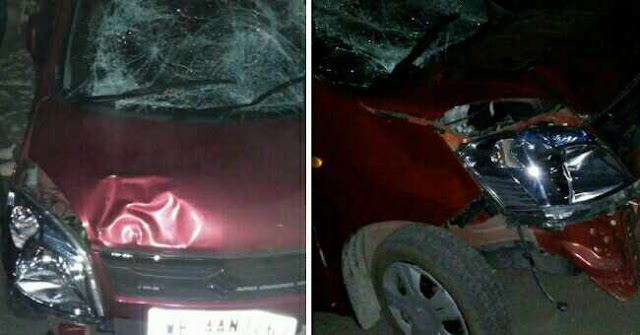