Tour operators here hope the tiger safari launched at the Bengal Safari Park yesterday will make tourists halt in Siliguri for an overnight stay rather than a brief stop en route to popular destinations in the Darjeeling hills, Dooars and Sikkim.

Mamata Banerjee formally inaugurated the tiger safari from a meeting in Kurseong. This is the 2nd time she has inaugurated this same park. Mamata had earlier inaugurated the park, in January last year and records show that it has drawn over 2 lakh visitors till now.

The park already has rhino, deer, birds and gharials. Recently, two tigers, named Snehasish and Shila, were brought in from Odisha.

"Introduction of tiger safari at the park will definitely attract more tourists, who are visiting north Bengal and Sikkim, to Siliguri. Earlier, Siliguri was a transit point of tourists during their visit to the Dooars, Darjeeling hills and Sikkim. But the new facility at the safari park will definitely make them think of an overnight halt in Siliguri," Samrat Sanyal, the working president of the Eastern Himalayan Travel and Tour Operators Association, said. 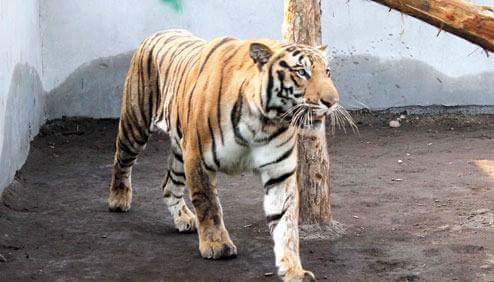