The moment we hear the word "Rape," our society has attuned us into thinking that it’s somewhat a version of the "Beauty and the Beast" gone wrong.

Despite the increasing instances of crime against women, everyone believes that the women’s fate has improved over the centuries and decades. Instead of jumping to that conclusion, let us first look at the state of a woman in history and contrast it to how things have improved or deteriorated in these recent decades.

Let me elucidate the point by comparing the status of prostitutes in ancient and modern day India. I know this may sound a bit weird, but as the saying goes, “we are as strong as our weakest link,” and no women is more vilified and marginalized than a Prostitute. So let’s compare how prostitutes fared in ancient India and what’s their status today.

In ancient India when "Devadasi" (prostitutes) system existed, they had a place of privilege in the society, they were known to be women of power and were allowed to work for the king and the court, but amazing fact is that they also helped the kings by lending money and helping them in their battles and during the times of economic crises. Today women who work as prostitutes are literally counted as belonging to the lowest rung of the society. I guess this quick comparison of the most marginalized women i.e. prostitutes in modern days with prostitutes in ancient India should be enough to show how the status of women in India has worsened over the centuries.

We often tend to say things like, “past is past,” “old generation is boring,” “old fashioned,” etc… but let me talk some old fashioned sense into you, especially men – how would you feel if what you do to a child/woman, happened to your own family members?

Now I am sure many would get offended, but this is the reality and example perverted men are putting forth for the future generations to follow. You may think I am generalizing, but consider these…

Those perverted lot who indulge in such crimes, are often emboldened by people in power like a Chief Minister calling a rape “Sajjano Ghotona”… like a Home Minister saying “such things happen during New Year”… like a Member of Parliament saying “those women who wear skimpy clothes are asking for it.”

It is people like these who allow for rapes, molestations, sexual assaults and sexual harassment of women to continue blatantly.

What should be done?

I believe nothing in this country is above God and law. Whenever there is a debate about whom I would hold responsible and how can we prevent such assaults from happening?

There is only one answer to it and that's "LAW" and the sad fact is the LAW in our country is in Tatters.

Most of our criminal codes are derived from the times of the British and were made during the 18th and the 19th centuries. Take for example the most fundamental code of law dealing with crimes in India – the Indian Penal Code. This IPC was enacted in 1860, and even though there have been occasional amendments to the act, in nature and essence, it has remained what and how the British had developed it – regressive and outdated.

How can the crimes of 21st century be judged through the lenses of laws that were written in 1800s?

Moreover the way our entire judicial system is based, it takes decades for a case to come to trail and for a judgment to be handed out. God forbid if the perpetrator happens to be from a rich or powerful family, the chances that he will ever face charges are minimal. If somehow the case reaches the courts, then the victim is more vilified by the society, than the perpetrator.

All of these together makes ours one of the most regressive nations on the planet.

We as a country have to reckon with the fact that if we do not take a stand against this ever-deteriorating law and order situation and increasing crime against women, a day may soon come when raping and sexually assaulting women would be legalized.

So take a stand, speak out.

Written by Krishty Chettri from Siliguri who is studying Law in Bangalore. 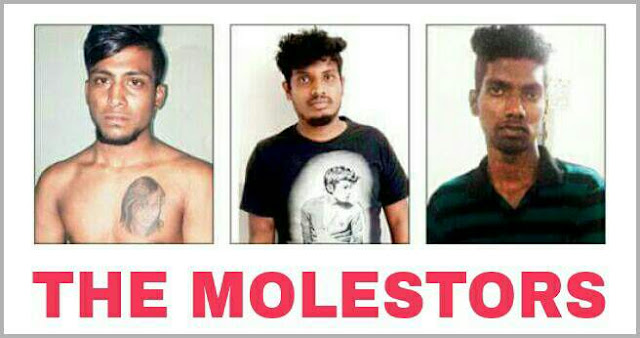