Leopard Beaten to Death in Dooars

This is perhaps for the first time that a leopard was brutally beaten to death in Dooars.

The incident occurred between 10 AM and 1 PM at Chapatali village near Kalchini, when a local Seema Oroan came face to face with a leopard, and attacked her. On hearing the shout for help, when the villagers rushed in, the leopard attacked other villagers and injured around 10 other people, following which the villagers in turn attacked the leopard.

At the end of it all 11 people were injured, and the leopard was killed.

With increasing population, human-animal conflict has spiked sharply in this past decade in Dooars, and if proper sensitization among the locals is not conducted, then chances of such incidents getting repeated are very high. 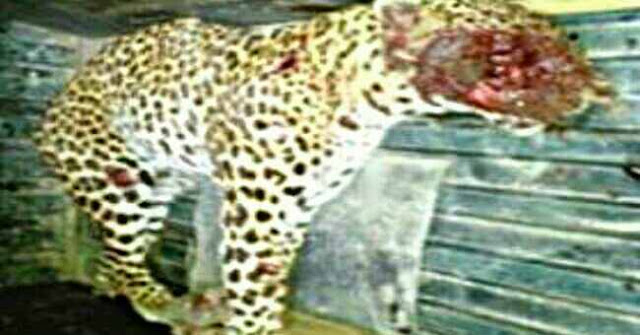