Awesome News! India's first bus to run on human and animal waste will reportedly debut on the Ultadanga to Garia route in Kolkata in March, 2017.
Ultadanga and Garia are about 17 kilometres apart.
As many as 12 buses are expected to start plying on 12 routes in the city. The passengers will be charged a nominal fare. 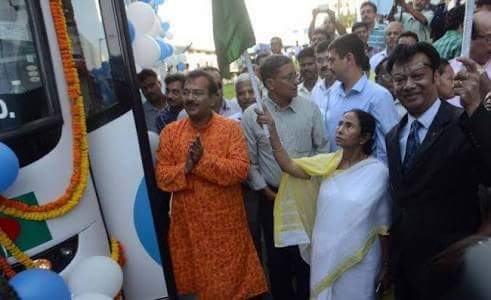