The management of Carron tea garden in Dooars put up a work suspension notice and left apprehending violence.

A section of workers said it was happy that the management has left and they could now manage the garden on their own.

A Trinamul tea union leader and a clerical employee, Jogendar Sharma, said the management had been neglecting the garden for the past five years.

"We have not been getting our wages for the past three months. There is no power supply in the garden that has 705 workers. The school bus has stopped functioning and there is no doctor here. Today the management walked out after announcing suspension of work. We are not upset about this decision.

"The garden was open formally till now but the situation was such that it was virtually not functioning. We had decided that we should take over running of the garden. We took the decision on Saturday. Today, we went to the manager and asked him what he was doing about our dues and the collapsed infrastructure of the garden. He issued the suspension of work order and left," Sharma said.

Proyobrata Bhadra, the manager of Carron, said he had no other way left but to walk out.

"There are problems in the garden. However, we were not getting any cooperation from the workers and that is why we issued the suspension-of-work notice," Bhadra said.

Shyamal Dutta, the deputy labour commissioner, said: "I have information that the management of Carron has abandoned the garden after declaring suspension of work today. We will try and reopen the garden through negotiations."

According to sources in the tea industry, Carron is the sixth garden that has closed in Jalpaiguri district.

The others are three gardens of the Red Bank Group whose lease had been cancelled by the state government and Kumlai and Manabari tea gardens. 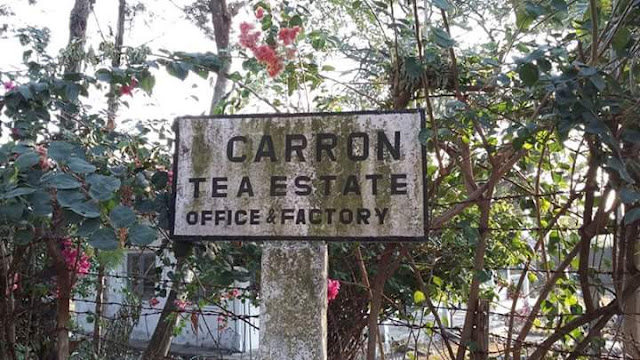 Vego Garden said…
You have provided a richly informative article aboutraised bed planter. It is a beneficial article for me and also helpful for those who are searching for this type of blog. Thanks for sharing this information here.
8 July 2021 at 21:36

John Clark said…
You have done a good job by publishing this article about garden. I appreciate your efforts which you have put into this article, It is a beneficial article for us. Thanks for sharing such informative thoughts. garden supplies singapore
20 July 2021 at 02:00

Happy Little Succulents said…
A very delightful article that you have shared here.plant delivery Sydney Your blog is a valuable and engaging article for us, and also I will share it with my companions who need this info. Thankful to you for sharing an article like this.
4 December 2021 at 06:08