Blood Donation Campaign - Big Companies Dropped Letter A, B and O from their Logos

The letters A, B, and O went missing from logos and signs of the biggest companies in the world.

The organization NHS Blood and Transplant and PR agency Engine Group launched the hashtag ’#MissingType’ campaign, asking companies to drop the letters that signify blood types from their logos.

This campaign aimed to warn about the 30% decrease in blood donors over the last decade and to encourage more people to become blood donors for National Blood Week.

The campaign ran from August 16 to August 21 in 2016, across 21 countries. It also brought together 25 blood services from participating countries including the US, Australia, Singapore, South Africa, Ireland and Canada.

A number of notable companies and landmarks joined the cause.

Brands such as Google, Microsoft, Santander, Tesco, and even cities like Amsterdam and Toronto have removed the letters A, B, and O from their logos and landmarks to raise awareness about the importance of blood donation.

The campaign succeeded: in just 10 days after it launched, a record 30,000 new donors had signed up. Every two seconds someone across the world needs a life-saving blood transfusion. 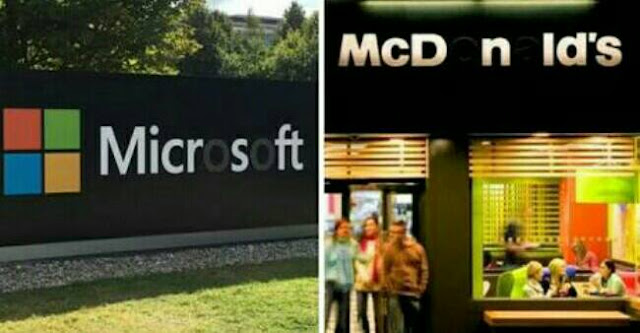