As per information received via sources a private vehicle returning back from Samsing after partying lost control and landed in a ditch on the road side.

All four people in the vehicle were under the influence of alcohol. The have sustained injuries and admitted to nearby hospital.

Matelli police have seized the vehicle. 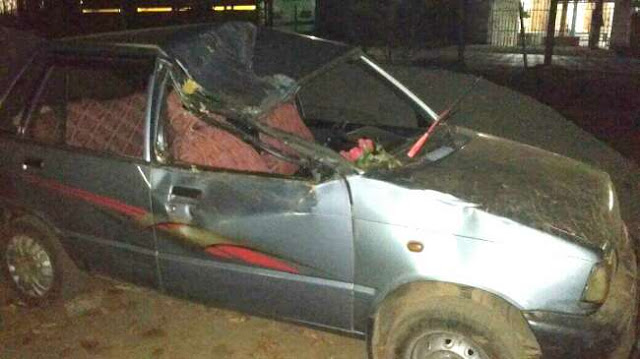