According to reports, during road-patrolling on Christmas late evening, police detained three drunk men from Sodepur area for riding bike recklessly without helmets and took them to Ghola Police Station.

When a woman police constable tried to prevent them from entering the police station, she was manhandled and molested by the group.

Few other male cops were also assaulted, when they tried to intervene into the matter.

Four of the attackers, Rintu Roy, Sonu Chanda, Narayan Das and Bapi Chowdhury, were arrested from the spot at midnight and have been charged under IPC sections 354 (Assault or criminal force to woman with intent to outrage her modesty), 506 (Criminal intimidation), 120-B (Criminal conspiracy) and 36 (Effect caused partly by act and partly by omission), officials said. 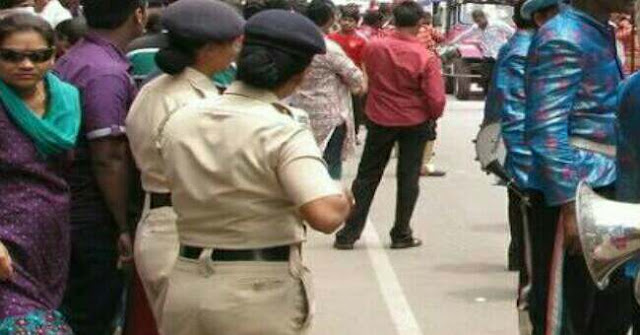