The income tax departmenton Friday seized cash worth Rs 3.86 crore, all in demonetized currency, pushing the total amount of cashseizure by the department to over Rs 25 crore since November 8. The department is also conducting raids at nine other places, including a businessman's office and warehouses in Kolkata and Siliguri. The seizure on Friday was the largest one in Kolkata.

Based on specific inputs, the department had kept an eye on the textile merchant for the past few days. On Friday, the 60-year-old came out of his Elgin Road residence with his wife and son, all with backpacks, and got into a car. They were joined by another person before the car left for the Brabourne Road branch of a public sector bank.

On the way, the car made a brief stop in front of the Armenian Street office of the textile merchant.

They stopped around 50m away from the bank and started walking with five backpacks. However, I-T officials intercepted them before they could enter the building. When they were asked to open the bags, the officials found stacks of scrapped money inside.

"None of them put up any resistance and claimed that they were going to deposit the money in accounts. When asked about its source, however, the trader could not provide any explanation," said an I-T official.

On counting, it was found that the backpacks held cash worth Rs 3.8 crore. The businessman later pledged to declare the amount under the Pradhan Mantri Garib Kalyan Yojana.

I-T officials on Friday also conducted night-long raids at a food grain merchant's warehouse and residence in Kolkata and Siliguri.

Sources said the raids were conducted with the help of central forces keeping the sensitivity of the areas in mind. "The amounts cannot be collated at this point as the raids are likely to continue till early morning," said an official. 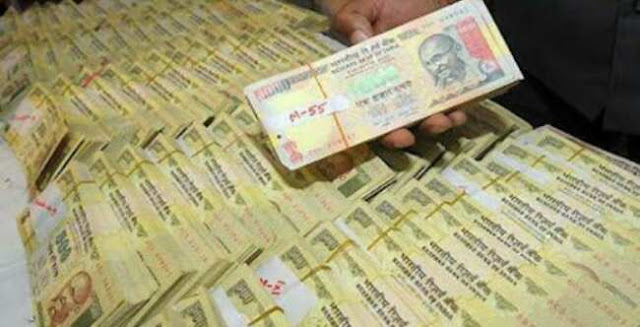