Prime Minister Narendra Modi, Vice President Hamid Ansari and other parliamentarians on Tuesday paid tributes to the martyrs of the 2001 attack on Parliament.

Some of the martyrs’ family members were also present during the ceremony. I&B minister M. Venkaiah Naidu said they had conveyed to him some problems faced by them and he would try to support them. He also added that some of the families belonged to Haryana and he could take up those issues with the state government.

The parliamentarians observed silence in the honour of the martyrs and a blood donation camp was also organised at the Parliament complex.

Five Delhi Police personnel, a woman Central Reserve Police Force (CRPF) official, two Parliament watch and ward staff, and a gardener were among those who lost their lives.

It is sad that the Naxalis in JNU were protesting against the hanging of TERRORIST Mastermind Afzal Guru who had planned and executed this attack... Shame on those lot. 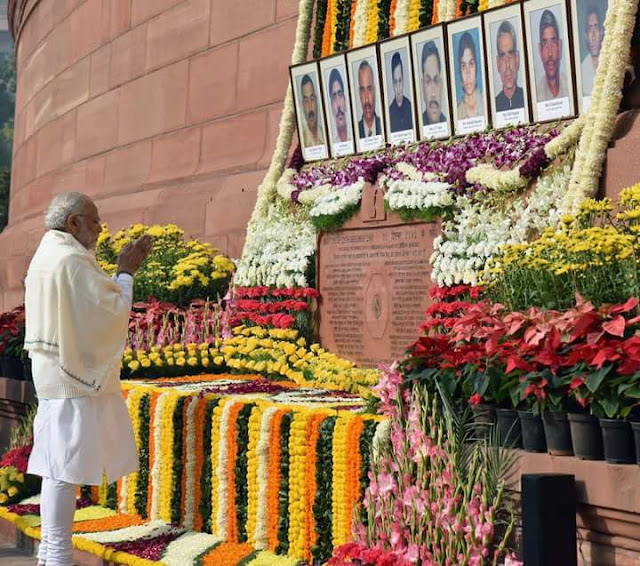