According to reports, the Income Tax (IT) department earlier requested the Ministry of Home Affairs to provide at least 15 armed CRPF personnel for assisting IT officials in carrying out search and seizure operations in Bengal's capital Kolkata.

Accepting the plea, the Home Affairs Ministry on Tuesday (Dec 20) directed the Director General (DG) of CRPF to deploy 15 armed CRPF personnel for assisting IT officials in raids against black money.

Condemning of the decision, Bengal CM Mamata Banerjee wrote to Rajnath Singh that CRPF deployment in Kolkata without state's knowledge is blatantly unconstitutional, illegal and against the principles of cooperative federalism.

Demanding the immediate withdrawal of the order, she wrote: "The deployment of any Central police force of the Union to any state can only be done at the request of the state government. The decision must be revoked immediately."

"The state government and its police forces will provide all necessary help and protection, if so requested by any Central government agency for any legitimate action on their part," Banerjee further said.

Meanwhile, alleging that state's police force and Kolkata Police force are not cooperating with IT officials in search and seizure operations, a senior IT official told IBNS, "We were not provided required assistance and security from Kolkata Police in recently conducted raids in the city limits and we had to face several difficulties during the raids, which triggered our official's security concerns."

"Presence of armed CRPF troops will help and encourage us to do better without any security concern," the official added.

After the Central government decided to scrap Rs 500/1000 notes, IT department's investigation cell raided several premises across the country and recovered a huge black money. 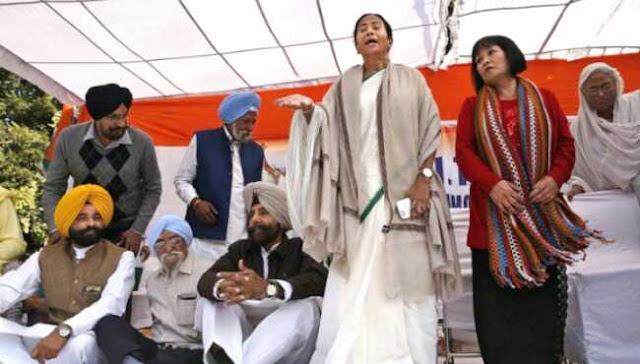