- December 05, 2016
The entire village of Ratancha-5 of the district is in a grief after a Gurkha soldier, Rifleman Asim Rai, died in an attack by militants at an Indian Army base in Jammu & Kashmir. According to the deceased’s uncle, Tulraj Rai, the family members performed the last rites at Bagdogra in the Indian state of West Bengal after they were not allowed to bring the dead body to Nepal. Few months ago, Rudra Rai of Ratancha-3 was critically injured in Jammu & Kashmir. Shyam Rai, who is also in the Indian Army at Jammu & Kashmir and Pawan Rai of the neighboring VDC Temma had informed Asim’s family about the demise. ‘‘We got information that Asim died in a shootout, we were not allowed to bring back the dead body,” said Tulraj, “We returned after performing the last rites at Bagdogra.” 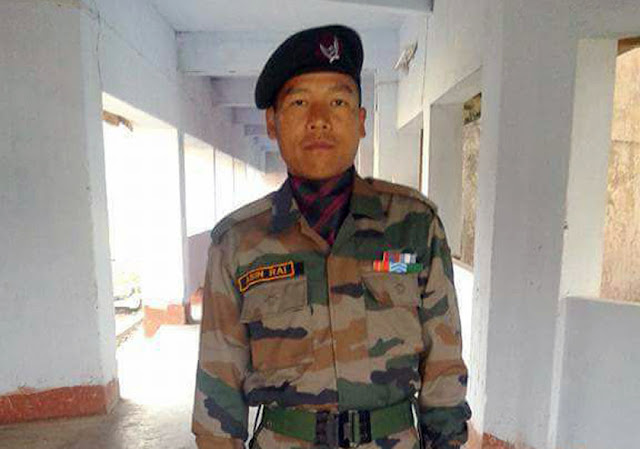