Issuing a stark warning, members of the organization 'Chit Fund Pidit Janta' have threatened to self-immolate, if the administration continues to neglect their pleas.

Speaking to the press, President Narendra Pradhan of CFPJ said, "we will wait till Thursday for the District Magistrate to call us for a meeting to resolve the issue, but if they do not do so, we will go for an indefinite hunger strike, and if they prevent us from doing so, we will self-immolate in front of the DM office."

According to some estimates, people in the hills, terai and Dooars region have lost close to Rs 20,000 crores to various chit fund companies, and till date none of these people have received any compensation.

Mr. Pradhan said, "if the Bengal government could return money invested in Sharada by people in south Bengal to them, why can they not do the same for hill people? why are the discriminating against us.?" 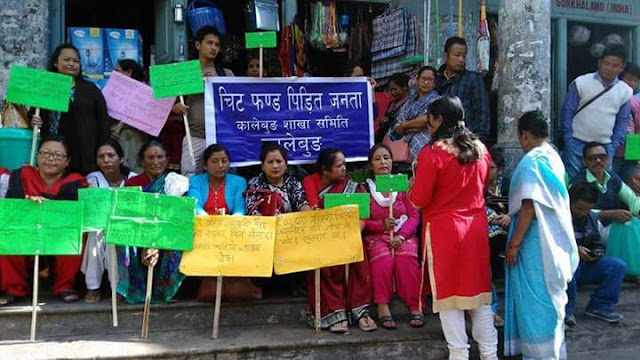