The Teesta Samajik Sangharsha Samiti, which is an organisation of people living in Teesta and adjoining villages, has vowed to oppose tooth and nail the proposal for the combined Teesta Low Dam Project (Stages I and II) on the Rangit river by the NHPC Limited.

"The project will affect not only the villages near the site but also the entire hills since the area where the dam is slated to come up is a biodiversity hotspot," said Bishal Rai, the coordinator of the samiti.

The 81MW hydel project is at an initial stage with a detailed project report yet to be fully completed. According to an NHPC official, a dam is proposed to be constructed on the Rangit river about 2.5km upstream from Tribeni (in picture), which is the confluence of the Rangit and the Teesta, as part of the combined project.

"Only a handful of people are opposed to the project. The government of India will assess the profit and loss quotient before approving any project. If the percentage of loss is more, the project will not be cleared," he said. 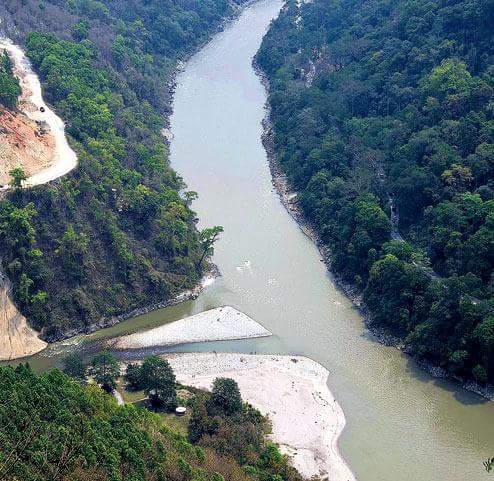