The fire took place at Patipukur’s Subhash rail colony near fish market. Priya Adhikari, a Madhyamik examinee died in this mishap. The other person who died is her uncle Nimai Adhikari.

As per reports, fire broke out at a stall in the colony followed by a gas cylinder blast. Immediately the fire spread and as a result 20 shanties were gutted. Fire tender officials and disaster management team of the Kolkata Police began their rescue operation. 16 fire tenders doused fire that began at 3am.

The moment the fire took place, Dilip Adhikari came out along with his wife and youngest daughter. But he failed to bring out his elder daughter Priya and his brother. 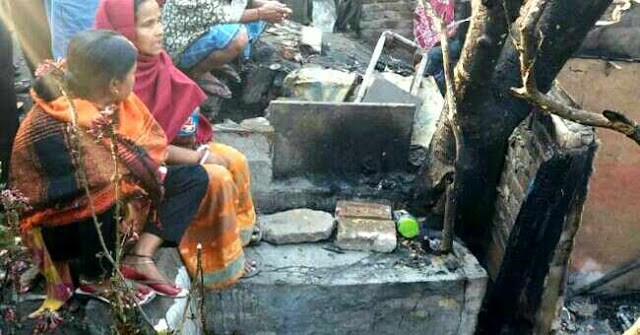