- December 27, 2016
India Women's Team started their SAFF Championship 2016 campaign in style as they rout Afghanistan by a whopping 5-1 margin in the Group B opener at the Kanchenjunga Stadium in Siliguri. Kamala Devi opened the scoreline in the 3rd minute even before the spectators could settle. The early goal instilled more vigour into the Indian girls to change the gear in their pursuit of more goals. At the stroke of the half-hour mark, the referee awarded a penalty in the favour of the hosts and 'AIFF Women's Player of the Year' Sasmita Malik didn't waste the chance to double the lead from the 6-yard spot in 29th minute. Further goals were added by Kamala again, Grace Dangmei and Sanju in 32nd, 45+2nd and 90+2nd minutes respectively. The sole goal of Afghanistan was scored by Muhtaz Farkhunda in 88th minute. India will meet Bangladesh in their must-win fixture on December 29, 2016. Image credit: Indian Football Team 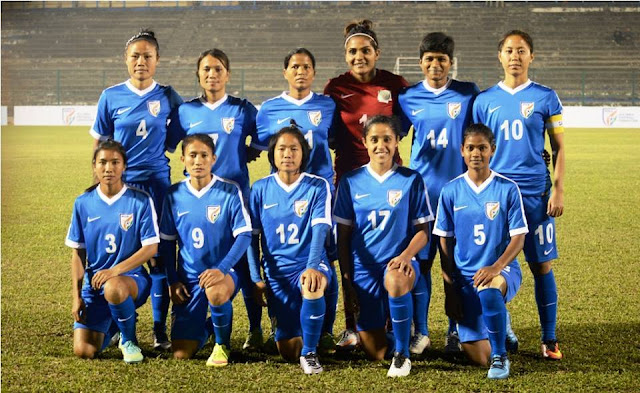