Gorkhaland Rally in Delhi from Today

Will Gorkha Janmukti Morcha (GJM) go ahead and stage a fast till death in Delhi from December 17 or will it just give another excuse and wrap up its pre-announced four-day demonstrations, relay hunger strike and rally in Delhi?
The GJM, fighting for a separate state of Gorkhaland, on Monday will start its four-day programmes at Delhi’s Jantar Mantar demanding the Centre to convene a meeting to set up a committee to look into the demand for a separate state.
Although Bimal Gurung, GJM president, had earlier set December 5 as the deadline to fix the date for the meeting, the Centre failed to convene the same. Although on November 20, S S Ahluwalia, Lok Sabha MP from Darjeeling and Union minister of state for agriculture and parliamentary affairs, was assigned the task of fixing the date for the meeting by the Union home minister Rajnath Singh, the meeting could not be held. Hence the GJM decided to go ahead with its already announced programmes in Delhi. Roshan Giri, GJM general secretary, said, “The GJM will stage demonstration at Delhi’s Jantar Mantar on December 12 and 13, relay hunger strike on December 14 and December 15 followed by rally from Raj Ghat to Jantar Mantar on December 16.” Asked about the GJM’s earlier threat to stage a fast-till-death in Delhi from December 17 if the Centre fails to call the meeting immediately, Giri said, “We will sit in a meeting and decide our future course of action.”
On November 27, Bimal Gurung, Gorkha Janmukti Morcha (GJM) president, set the December 5 deadline for the Centre to call a meeting to form a committee to look into the demand for the separate state of Gorkhaland. Else the party will launch fast till death in Delhi. Later, he informed that if the four-day agitation of the party does not bear any result, the GJM leaders would immediately sit for fast till death.
However, given the ongoing condition in Delhi in the wake of opposition parties’ attack on its demonetisation move leading to pandemonium in Parliament, it is unlikely that meeting as would be convened soon. Contacted, Ahluwalia said, “The meeting earlier planned on December 8 could not happen due to unavoidable reasons and the proposed meeting on Monday would also not be held as it is a holiday.”
Sources said the meeting is unlikely to be called in a few days’ time. Though BJP in its 2009 and 2014 Lok Sabha election manifestoes had stated to sympathetically look into the age old aspiration of the Gorkhas, the present political situation in Delhi and the Bengal government strong opposition forced the Union home ministry not to convene the meeting as reportedly promised to GJM. What if the meeting date is not fixed before December 16 when the GJM’s four-day programme ends? Will Gurung press for fast till death from December 17 or will he again fail to honour his own announcement and miss yet another deadline? 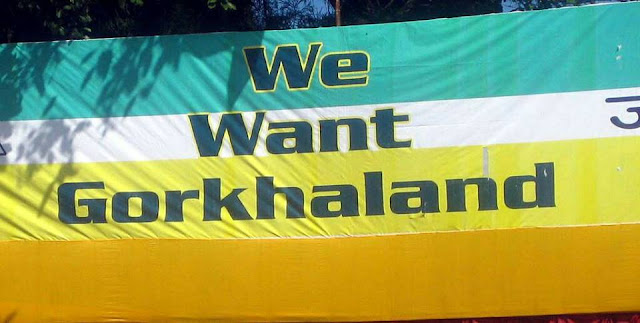