It seems to be a wedding season for Indian sportspersons. After Yuvraj Singh and Ishant Sharma, Indian football captain Sunil Chhetri has now decided to tie the knot with his long-time girlfriend, Sonam Bhattacharya early next year.

Sonam is the daughter of former Indian footballer Subroto Bhattacharya. Chhetri flew down to Kolkata on Thursday to confirm the talks with Sonam’s father, who is a mentor for the current Indian football captain.

And Subroto Bhattacharya, the former Mohun Bagan captain, who was well aware of the duo’s relationship, has given a go-ahead signal and wants the marriage to take place around February-March.

“Yes, Sunil came and met us. They have been in a relationship and I think they should be happy for the rest of their lives,” Bhattacharya, the die-hard Mohun Bagan stopper, told Hindustan Times on Friday.

Subroto Bhattacharya has seen Sunil Chhetri in close proximities when he was at the helm of affairs of the green-and-maroon brigade. But given the strict disciplinarian he is, it did take Chhetri a long time before he eventually mustered the much-needed courage to approach his former coach.

“He is a good lad and I like his innocence,” Bhattacharya added.

A few days back, Sunil had posted a picture wishing Sonam on her 28th birthday that had prompted his social media followers to start the buzz of his marriage. 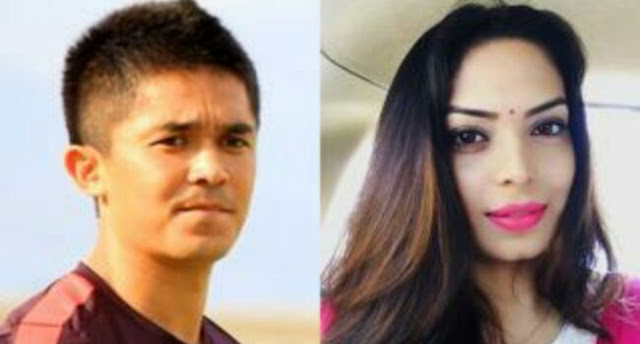