The Enforcement Directorate (ED) on Thursday attached assets worth Rs 1,250 crore of the Rose Valley Chit Fund Company whose promoters are accused of cheating investors. According to sources, the property attached includes hotels and cars.

While two hotels are in Kolkata -One hotel at AJC Bose road and another hotel in VIP Road- the others are spread over Jharkhand, Assam, Jaipur, Port Blair, Goa, among others. Twelve Rolls Royce cars worth several crores were also attached. Officials had issued a provisional attachment order for seizing property. Prior to this, the ED had issued four orders for attaching property worth Rs 500 crore.

In March, the ED had filed a chargesheet in this case wherein thousands of people were allegedly cheated in West Bengal and Odisha.

The agency had registered a criminal FIR against the firm, its Chairman Gautam Kundu and others in 2014 under the provisions of the Prevention of Money Laundering Act (PMLA).

Kundu was last year arrested by the Enforcement Directorate (ED) from here and he is currently in judicial custody.

In March of 2015, the CBI had searched Trinamool Congress MP Tapas Paul’s home in a posh south Kolkata neighbourhood as part of its nationwide raids on the Rose Valley Group, a deposit fund conglomerate bigger than the scam-mired Saradha group.

The Bengali actor-politician was a board member of Rose Valley Marketing India Ltd and Idea Projects Ltd — two companies of the group — for over two financial years since 2009. 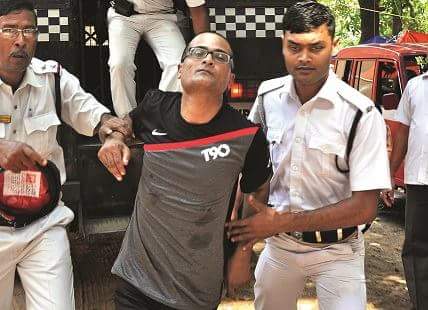