A police sumo car driver under the influence of alcohol bangs a bike, a scoty and a cycle at Malbazar in Dooars near fire brigade. The vehicle he was driving was empty.

Locals say the driver was drunk and at full speed ramped the trio. Total 5 people have been critically Injured. Sources say they may not survive. Scoty is seen totally under the sumo and the Bike is half inside.

Police is at spot and trying to control the traffic which has caused a big jam. Injured have been rushed to hospital. Incident took place at 4pm today. 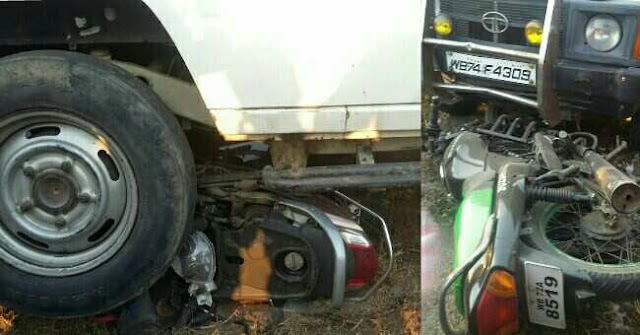