- December 27, 2016
Undaunted operation has been worked out by Bengal's Chakulia Police led by Pinaki Sarkar (O.C) and co. Four bloody criminals from Maldah have been arrested from Gandal Hat premises with 2 pistols, 20 round cartridges, around 1kg bombing ammunition and many more. On behalf of the public, we thank and appreciate the entire police force of Chakulia Police Station. They are wanted criminals and police was looking out for them since long. 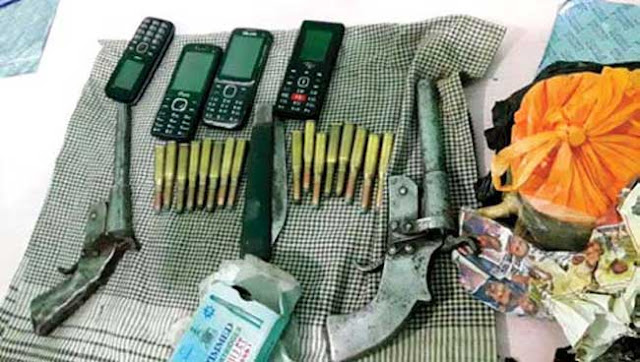