The alleged mastermind of an Aadhaar card fraud that had flourished post-demonetisation was arrested yesterday at Baguiati along with two accomplices and six Bangladesh nationals who were to allegedly receive a consignment of fake cards.

Police identified the arrested kingpin as 22-year-old Dipankar Mondal, who had allegedly teamed up with his co-accused Sanjay Sarkar and Subrata Byapari to use a purported share trading company named Sankalp Karvy as a front for the racket.

The Aadhaar card has become the most sought after KYC (know-your-customer) document since November 8, when demonetisation of high-value currency triggered a rush to open bank accounts and park cash.

Sankalp Karvy used to function out of Sarkar's house at Adarshapally in Baguiati. Byapari, a resident of Gouranganagar in New Town, allegedly assisted Mondal.

The group used a live-scan finger print identification device - resolution of 500 pixels per inch without membrane and manufactured by Cognet - a laptop, an autofocus web camera and an iris scanner to prepare fake Aadhaar cards.

The six Bangladeshis arrested along with them include Subrata Kumar Kundu, a 54-year-old lawyer from Kalikapur in Khulna district. Kundu is the only one among the six to have a valid passport and visa for travel to India.

Among the documents recovered from the Baguiati office are photocopies of Aadhaar enrolments in the name of Anushri Pradhan, Anamika Golder and Shraboni Hazra along with an electricity bill in the name of Sheikh Abbush Uddin Ahmed of Rokon Uddin Sarok, Khulna.

"If Bangladesh nationals are looking for Aadhaar cards, it could be that they have opened Jan Dhan accounts," said a senior IT official. 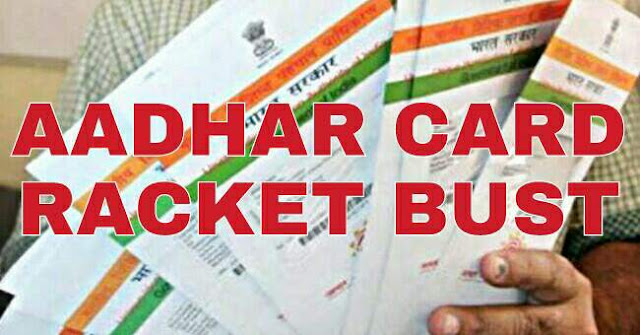