The attacks, carried out by suspected NSCN (Isak-Muivah) cadres, came hours before the inauguration of the new district, which was carved out of Chandel district by the Okram Ibobi Singh government. No militant group has claimed responsibility for the attack yet.

Police said the first ambush took place at Lokchao, about 88km from Imphal, at 6.30am and the second at Bongyang, 10km north of the first ambush site, at 8am. Lokchao is around 20km and Bongyang 10km from Tengnoupal town, the new district headquarters and the inauguration venue.

The ambushed teams from Moreh police station were on road opening duty in view of the district's inauguration and were moving in police trucks. Moreh is located in Chandel district on the India-Myanmar border.

The police said two personnel died in the first ambush and a third died in the second one. The bodies were flown to Imphal and tributes paid to the deceased policemen at the 1st Manipur Rifles unit. The police said five to six persons were critically injured and have been admitted to Shija Hospitals & Research Institute 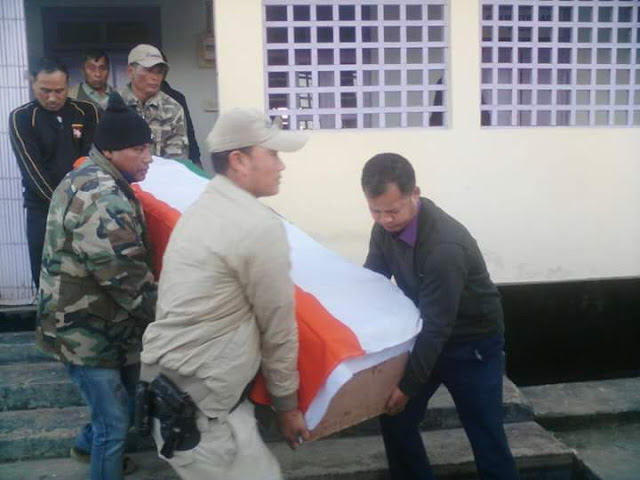