Two persons were killed and six injured when the engine and two coaches of a train derailed in WestBengal on Tuesday night, an official said on Wednesday.The Rajendra Nagar-Guwahati Capital Express derailed at Samuktala Road station in Alipurduar district on Tuesday night, North East Frontier Railway Chief Public Relation Officer (CPRO), Pranav Jyoti Sharma, said.The injured persons were identified as Indrajit Mandal, 25, Parikshit Mandal, 40, Pritam Mandal, 16, Rupa Mandal, 34, ShahJamal Sheikh, 35, and Surender Prasad, 38." The deceased are said to be Bengalis from Haryana, identified as Munshi Nath (65) and Mahesh Nath (40) hailing from Faridabad in Haryana and from the same family. The injured were treatedby railway doctors who reached the site soon after the accident," Sharma said.He said the unaffected portion of the 19 coaches train was detached.The train resumed its journey around 5.10 a.m. on Wednesday morning.At least three trains were cancelled, two short terminated and eight trains were diverted following the accident. 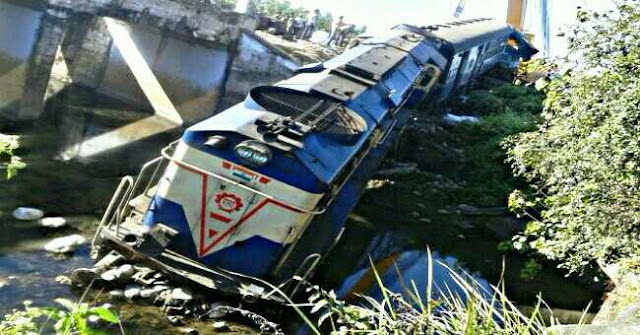