Siliguri Traders heading Bhutan to covert their black money to white in 4:3 Ratio

- November 15, 2016
While people in Siliguri frantically rushed to the fuel stations to liquidate the banned currency denominations, a section of traders from Siliguri and neighbouring Alipurduar, Jalpaiguri and Cooch Behar towns recently went on a drive to far off destinations — Phuntsholing, Samsi, Gomtu and Pagli in Bhutan to offload the money they gathered for all these years. They were in a hurry to get the best deal for a commission.

One such trader who came back to Jalpaiguri confided that he could break the Rs 500 and Rs 1000 currency bundles into lower denominations worth Rs 12 lakh for a commission. What he got in exchange was a suitcase with wads of hundred rupee notes. According to sources, traders in Bhutan had come to his "rescue" because they want INR badly. The Bhutanese trader did this "favour" for a premium though. He gave him back currency notes worth Rs 9 lakh, keeping Rs 3 lakh as commission. The Jalpaiguri trader agreed on the deal because it was a win-win deal for both of them. Otherwise, the trader would have faced a barrage of questions from bank authorities if he went to park the unaccounted money in his bank account. 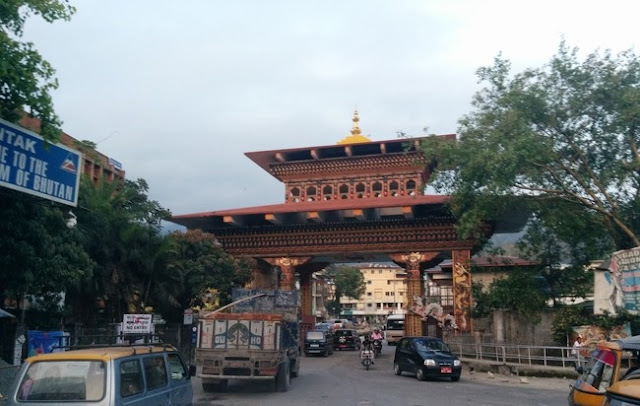 The Bhutanese trader, on the other hand, running an unauthorised trade channel with India has no problem in giving him the INR and park the commission in his bank account from where he can get Bhutanese Ngultrum whose exchange price is treated on par with the Indian currency. Bhutan is in need of INR because the country buys commodities mostly from India. A working paper prepared by the Asian Development Bank on Bhutan in September 2015 states that 74% of Bhutan's trade is with India. The country thus needs ample holdings of Indian rupee reserves for importing essential commodities from India.

The Jalpaiguri trader didn't divulge the actual process. He only told TOI that he will deposit the money in bank and run his business through bank transactions. Jalpaiguri divisional commissioner Barun Roy, however, said he had no clue about such transactions.
Bhutan Siliguri