A first-year MBBS student of the North Bengal Medical College and Hospital has filed an online complaint with the National Anti-Ragging Committee of the University Grants Commission, alleging that four seniors had ragged him at their hostel on Friday night.

The four second-year MBBS students, against whom the complaint was filed, have been asked to vacate the hostel.

Over 150 first and second year MBBS students reside at the junior boys' hostel on the NBMCH premises.

According to the purported victim, the first-year students were frequently called to the common room of the hostel two to three times every week for ragging.

"Seniors term these sessions 'introduction' and we, freshers, are forced to do unpleasant things. If we refuse, they abuse us. On Friday night, seniors had called us for a similar session and I did not attend it out of fear. I was sleeping in my room when four senior boys started banging on the door past midnight. As I opened the door, they barged in and said they would forcibly evict me from the hostel. They also threatened to kill me if I disobeyed them," said the victim, who is from South 24 Parganas.

"I stay away from home and did not want to live in constant fear. So, I filed an online complaint with the National Anti-Ragging Committee of the UGC on Sunday. Today, I also filed a complaint against the four at the NBMCH police outpost," he added.

Sources at the NBMCH said officials of the National Anti-Ragging Committee had asked the medical college authorities and Siliguri metropolitan police to inquire into the incident.

The All India Democratic Students' Organisation, a wing of the SUCI, alleged that the four accused boys were supporters of the Trinamul Chhatra Parishad and had not left the hostel till this afternoon.

The TMCP has said it had nothing to do with the alleged ragging. 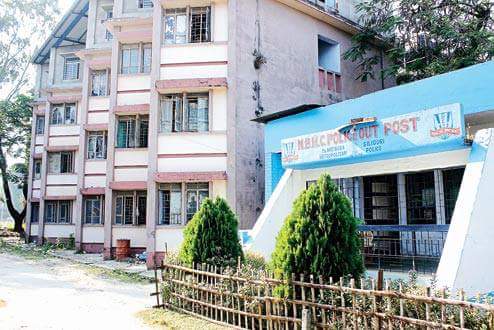 Standyou said…
This is really nice post, I love this content also visit MBBS In Ukraine. Thanks for sharing.
22 January 2020 at 05:32