A pre-paid ambulance service would be started by the North Bengal Medical College and Hospital to protect just released patients from a section of private drivers who overcharge.

An NBMCH official said: "The operation of the prepaid booths (for ambulances) will be monitored by the NBMCH police outpost on the hospital premises. The drivers willing to ply their vehicles under this system will have to register themselves with the prepaid taxi service at NBMCH. They will have to submit documents like driver's licence, vehicle permit and insurance and pollution certificate."

According to the official, the hospital had got many complaints about private ambulance drivers trying to fleece helpless families of patients.

Asked about the rates, the official said: "Such details will be decided at the Rogi Kalyan Samiti meeting tomorrow."

"We have decided not to allow private ambulances on the NBMCH campus anymore because we had been receiving a lot of complaints from the patients and their relatives that the private ambulance drivers ask for exorbitant amount as fare even for short distances," the official said.

Sources at the hospital said that there are over 200 ambulances parked on the NBMCH campus and the problem of overcharging becomes severe in the second half of the day.

Patients come to NBMCH for treatment not just from Siliguri and the surrounding areas but from Jalpaiguri, Cooch Behar, Raiganj, Darjeeling hills and also from Sikkim, a source said.

According to patients' relatives, who fear unavailability of vehicles, they pay whatever fare the drivers demand, the source added.

For instance, the fare for taking a patient from the NBMCH to Jalpaiguri, around 45km away, is Rs 1,000 but most private ambulances charge over Rs 2,000, the source said. 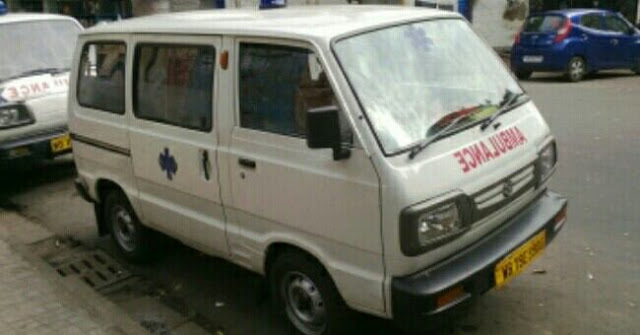