A massive fire engulfed a fuel tanker loaded with petrol near Tara Singh Dhaba at Hasimara in Dooars. 5 fire tendors from Hasimara Air Force and one from the local area is on spot trying to control the fire.

Locals say some people as always were stealing the fuel from the tanker. The fire is said to have ignited after someone thew the butt of a cigarette he was smoking.

The people stealing the fuel in cans and loading it in a Maruti Van has also caught fire. Huge people from Air Force is there trying to douse the flames. Police is too on spot.

Update: Fire has been controlled but both the vehicles have been reduced to ashes. 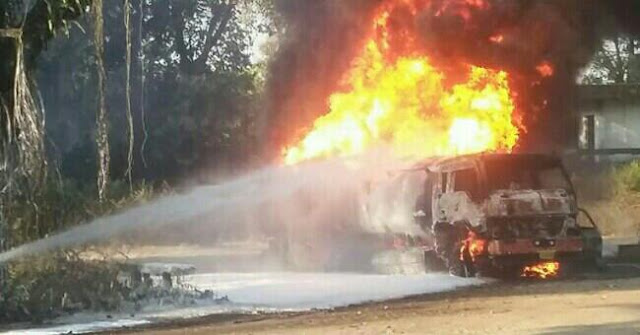