An income tax department investigation into transactions used to launder black money by trading in penny stocks has revealed how brokers became complicit by willing to compromise on know your client (KYC) norms.

The tax department’s report, a copy of which is available with Mint, uncovered a trail of Rs38,000 crore involving manipulation in 84 BSE-listed penny stocks and through 5,000 listed and unlisted firms, many of them shell companies. It said at least 64,811 entities evaded taxes through such fraudulent methods.

The report also covered 22 brokers, who were part of trades totalling Rs15,970 crore, mostly based in Kolkata, or Kolkata offices of firms based elsewhere.

“They are fully aware of the nature of transactions and get a commission over and above their normal brokerage. Some of the big broking houses are also indulging in such transactions, mostly through sub-brokers,” said the report.

Here’s how the scam worked: so-called operators help issue penny stocks—either in the secondary market or through a preferential allotment—to entities wanting to launder money. This stock is issued at very low prices. Then, the operators rig the price of the stock through their associates. After a year has passed (thus making any profits exempt from long-term capital gains tax), the operators accept cash from the original allottee and route it to shell firms. These paper companies then buy the stock from the allottee, helping launder black money into white.

“Stockbrokers, market operators and penny stock company promoters are at the heart of the alleged scam,” said an income tax official, declining to be named.

The report has been submitted to the Securities and Exchange Board of India (Sebi) and the Central Bureau of Direct Taxes (CBDT).

So far, Sebi has barred only about 1,500 entities from transacting in equity markets, prompting a member of Parliament to write to the finance minister, questioning the regulator’s selective orders.

Total penny stock trading done by Calcutta Stock Exchange as a broker was Rs6,500 crore involving 56 scrips, the report said. It clarified that Calcutta Stock Exchange as a broker is a set of many sub-brokers who have taken BSE terminals through it. Many of these sub-brokers were providing fake LTCG (long-term capital gains) entries to beneficiaries.

Second in the taxman’s report is Gateway Financial Services, which helped in trades worth Rs 1,563 crore, which the income tax department alleges were bogus, to generate fake LTCG or short-term capital losses.

The department alleged that one of management personnel was acting as an entry operator and allowed cash to be brought into the system.

In the case of SMC Global Securities Ltd, the I-T department report said its regional office in Kolkata allowed a sub-broker to function under its umbrella; the department alleged that the sub-broker was facilitating the fraud. The firm executed trades worth Rs1,326 crore through 43 penny stocks, the report said.

“Certain routine notices inquiring about the concerned sub-broker and his clients were received from income tax department. Responses to these have been sent promptly,” said a spokesperson for SMC, denying any wrongdoing.

“And regarding action against regional office team, though our enquiry did not suggest any wrongdoing by the employee, we have shifted him in back office as an extreme precaution,” the spokesperson added.

Examining Anand Rathi’s regional office in Kolkata, the I-T department alleged that it never bothered “to verify KYC norms” and allowed entry operators (agents who control a large number of paper/shell companies) to run the scam. The broker effected trades in penny stocks worth Rs1,209 crore, said the report.

In an e-mailed reply to Mint, an Anand Rathi spokesperson said the company follows proper KYC norms prescribed by the government and the regulators.

“Whenever any information is requested by the concerned department, we have always provided the same in earliest time possible. We do not have any proprietary investment and none of our entities have made any gain/loss or traded in stocks inquired by I-T department on time to time. We also deny involvement of our any officials into alleged transactions,” said the spokesperson.

The fifth firm in the list, Comfort Securities Ltd, executed trades worth Rs970 crore. The firm’s spokesperson didn’t respond to e-mails and calls. In December 2014, Sebi had barred the firm from undertaking certain transactions in equity markets, an order which was confirmed in June this year. 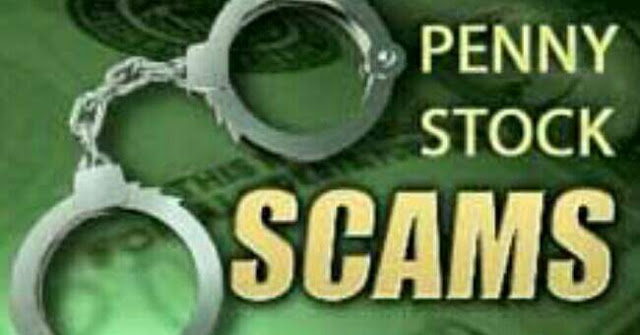 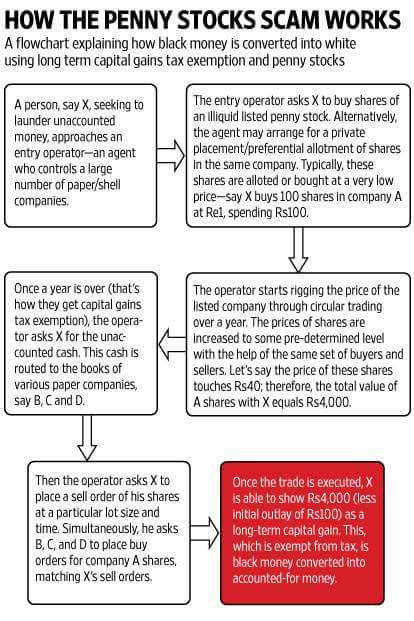