- November 13, 2016
More than five lakh workers in West Bengal’s biggest labour-intensive industries of tea and jute have not got wages since Wednesday when the union government withdrew two high-denomination currency notes. A similar predicament exists in neighbouring Assam and the rest of the Northeast, which has tea estates in remote areas where currency notes will take days to arrive. In Bengal, owners of several tea gardens and jute mills have request the state government and Reserve Bank of India (RBI) on the newly introduced ceiling of withdrawal of money. None has received a response amid already existing issues that are leading to deaths owing to suspected malnutrition. In Assam, too, tea industry captains sought Prime Minister Narendra Modi’s intervention for enhancing cash withdrawal limit. A day later, the RBI on Friday allowed banks to release money for wage payment to plantation workers, but the situation is nowhere near normal.

The Darjeeling hills and Dooars region of Bengal have 283 tea gardens, employing 3.5 lakh permanent and casual workers, who earn Rs 132.50 per day. The belt has another 40,000 small growers who employ one lakh labourers. “We have written to senior state government officials,” Sandeep Mukherjee, principal advisor to the Darjeeling Tea Association, told HT. “We are apprehending workers’ unrest; we have alerted the police. We have requested the trade unions to appeal to the workers to maintain law and order and cooperate with the management.” As for the state’s jute industry that has 2.5 lakh workers, payments are mostly made in cash on a fortnightly basis. Most mills pay the first instalment in a month between the 7th and 10th. Some mills did disbursed payments on November 7 and 8, but most of the workers came back in the subsequent days to return the payment made in Rs 1,000 and Rs 500 currency notes that had been withdrawn from the economy. “Hardly anyone has received payment since the prime minister’s announcement,” an owner of a jute mill in Hooghly district told HT. 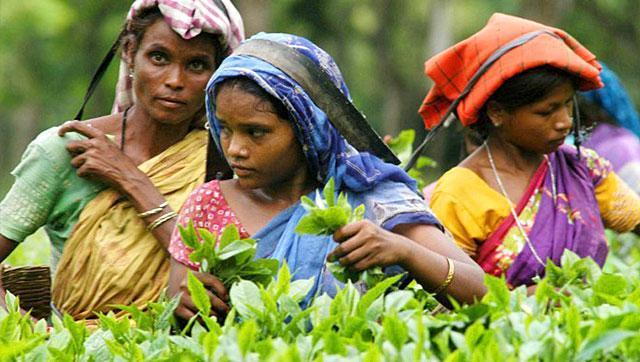 The Indian Jute Mills Association has also written to Bengal finance minister Amit Mitra and the RBI seeking urgent help. RBI had limited Rs 20,000 cash withdrawal per week from current accounts and Rs 10,000 from savings accounts. Wages are paid from current accounts of tea estates in the case of Assam. “Understanding such financial complication is beyond most tea garden labourers. They are not willing to wait and there are chances of their turning violent,” a planter from central Assam’s Jorhat said. The Tea Board of India said restrictions on daily and weekly cash withdrawals can lead to a serious problem. For, “almost all tea gardens (about 800) in Assam pay wages on a weekly basis — on Fridays or Saturdays,” according to Bidyananda Barkakoty, the board’s vice-chairman.

The region’s remote areas, where ill-equipped banks take time to stock cash, have been feeling the pressure. The demonetisation hit the November 7-9 Mechukha adventure festival in Arunachal Pradesh, its organiser Moyir Riba said. “We could not pay technicians and suppliers of adventure gear,” she told HT. Mechukha takes two days by road — chopper service is infrequent and expensive for most people — from Itanagar and more than a day from the nearest major town in Assam. An official of the lone SBI branch at Mechukha said his office had exhausted smaller-denomination notes. “It will take us more time than banks in the plains to provide the new notes,” he added. http://www.hindustantimes.com/india-news/demonetisation-leaves-lakhs-of-tea-jute-workers-in-bengal-northeast-unpaid/story-xLZweKgWR3aVDnUoPq1KiL.html
Dooars