DEAR ALL, WE HAVE A GOOD NEWS TO SHARE... West Bengal Commission for Protection of Child Rights (WBCPCR) on International Child Rights Day 20th November 2016, awarded BRAVERY AWARD to two of our children from Darjeeling. Both the children are member of Students Against Trafficking Club (SATC) and they had helped the police to burst an International sex racket saving many of our girls from the hills of Darjeeling few months back.  I think this is the first time in the history of Darjeeling that hill children receives bravery award from the State. Actually they were four of them but two of them were above the age of 18 hence they could not qualify.

We have been informed that children who received the bravery award from WBCPCR their names have also been nominated for National Bravery Award.

We would request the media/press not to publish their photos, real name, school and family details for security reasons. 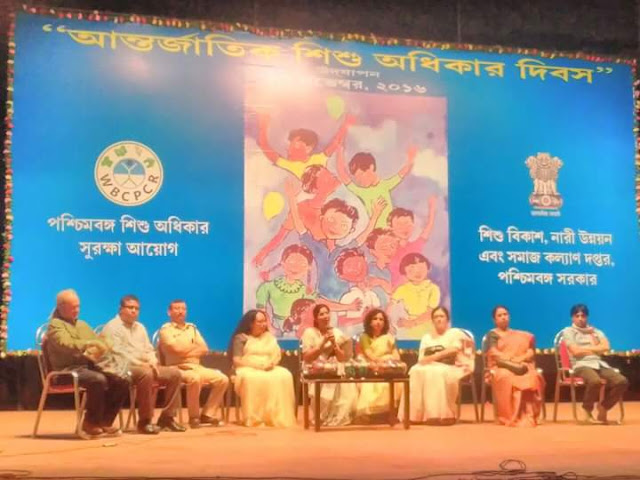