- October 24, 2016
The state government has formed a committee with seven ministers and an MLA to look into issues faced by the tea and jute sectors. Officials said that the panel will primarily look at employment for tea workers, the small tea sector, issues such as price of jute and aim at improving the two ailing sectors. The move comes at a time when the Darjeeling hills — an area where the tea gardens remain a boiling political issue — are likely to go for elections in February. The panel will be headed by Finance Minister Amit Mitra. State Panchayat and Rural Development Minister Subrata Mukherjee, Education Minister Partha Chatterjee, Labour Minister Moloy Ghatak, Agriculture Minister Purnendu Bose, Food Minister Jyotipriyo Mallick and North Bengal Development Minister Rabindranath Ghosh are also part of the panel, which had been constituted through a notification on October 17. An official said that the committee will maintain “liaison with different state departments and agencies” along with different stakeholders of the tea industry, in order to resolve issues related to workers in tea plantations as well as the industry as a whole”.
Moreover, the committee would “keep a watch” on unions and tea planters to discourage “closure of tea estates” while ensuring that remittance to workers is not a problem, added the official. Previously, Mallick had announced that the department would begin running ration shops at 44 tea gardens in north Bengal which are either closed or ailing. “There are some tea estates in north Bengal, which are either closed or ailing. There are also estates which have a history of being closed by the management at regular intervals on some pretext or the other. In total, we have identified 44 gardens where we will open ration shops,” he had said. Out of the forty-four estates, 13 of them are in Jalpaiguri district, whereas 21 are in Alipurduar district, while the remaining 10 are in Darjeeling district. While the Centre had launched its National Food Security Scheme, the West Bengal government had introduced ‘Khadyasathi’ – a scheme under which each family would receive 35 kg of rice and wheat at Rs 2 per kg. (IE) 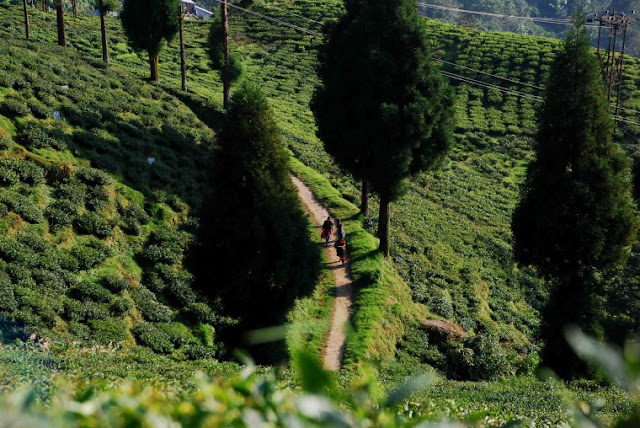