This is HUGE - Snake Venom worth 250 Crores Seized from Jalpaiguri

Forest officials seized snake venom worth Rs.250 crores from Belakoba, a small town in Jalpaiguri subdivision of the district. Four persons have been arrested in this connection.

The snake venom was kept in five different transparent containers and would have fetched around Rs 250 crore in the market.

This is the second major bust by the Forest department in the region since June 2015. The forest department had arrested six persons near Siliguri and seized a consignment reportedly of “cobra venom” valued over Rs 100 crore in international markets .

The peddlers were in possession of firearms as well. They confessed that the venom was to be smuggled to China from Siliguri via Nepal. All were produced before Jalpaiguri court today and taken into custody for further investigation.

Further details about the arrested smugglers have not been disclosed by the police. 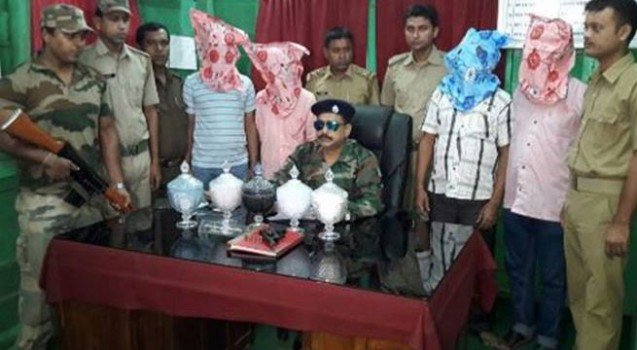