Sun is back in Hills and so are tourists

- October 17, 2016
After the brief spell of continuous downpour that lashed the Hills during Dussehra, the sun has peeked out from behind the cloud, sending droves of tourists to Darjeeling, Kalimpong and Kurseong. The incessant rain for three days did play spoilsport for the travel industry as it threw water on the peak tourist season, literally, but now that the weather has taken a turn for the better, tourists have started to make their way up to the Hills. Hotels are not full yet, as is the scene during October-mid-November, queries have started pouring in. "The rain dampened the spirit but we did not face too many cancellations. In fact now, we have witnessed a 15% rise in the flow of tourists. Clients are asking about rooms, which is a good sign," said Pradeep Lama, general secretary at Darjeeling Association of Travel Agents (DATA). Though not too many travellers cancelled their trips, the showers confined most of them to their hotel rooms. Only a handful of them could be seen braving their way to popular spots, such as the zoo, Himalayan Mountaineering Institute, Rock Garden and Gangamaya Park. With the festive days coinciding, very few vehicles available added to tourists' woes. Dhiren Pradhan, owner of a popular hotel in the Hills resort, said "We did not have any cancellations but the rain did make life miserable for tourists. They were forced to stay indoors for most of their stay. But things are now back to normal with the sun out." Though May-August remains the most favoured season for a visit to the Queen of the Hills, winter has also started wooing more travellers. "The taste and aspirations of tourists have evolved. Of course, most domestic travellers come here, hoping to see snowfall," said Rajesh Rajak, GM at a 5-star hotel, where 46 rooms have already been booked for Christmas. TOI 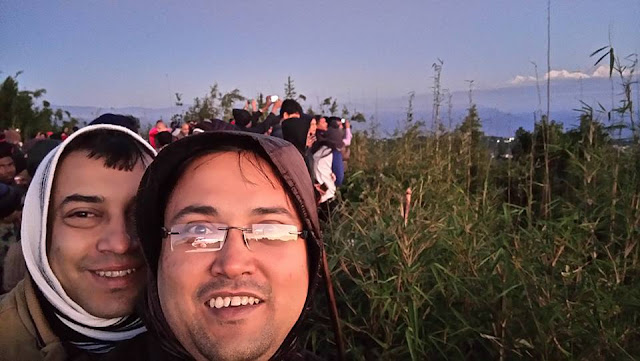